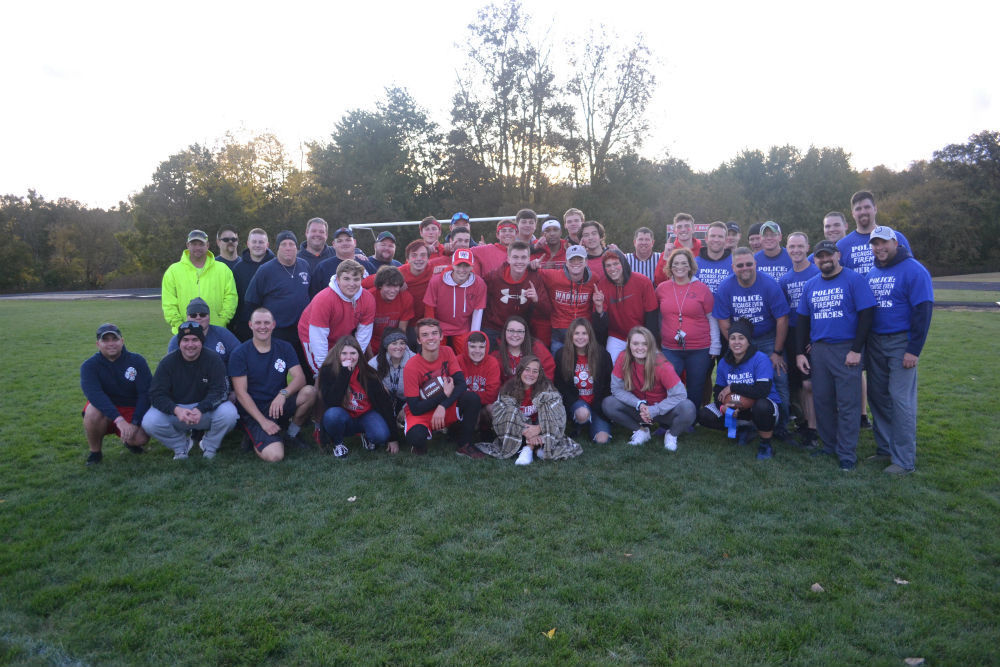 Selma, IN -- Wapahani High School’s RADD club hosted its annual flag football
game on Tuesday but with a new twist. RADD club had its usual student game, but it
also invited along members of the Liberty Township Volunteer Fire Department and the
Muncie Police Department for a special first-responders match-up.
Wapahani RADD (Raiders Against Destructive Decisions) hosted its annual flag
football game to raise awareness and funds for its student organization. RADD is a club
at Wapahani that teach teenagers how to make the right decisions throughout life. It
discourages the use of alcohol, drugs and other activities that could be detrimental to
teens.

At Tuesday’s event, the student class parings were the freshman vs. juniors and
sophomores vs. seniors in the first round. The winners of those games, juniors and
seniors, then played each other. After some fierce competition, the WHS junior class
won the student bracket.
Next came a “friendly” face-off between members of the Liberty Township
Volunteer Fire and the Muncie Police Department. The idea for this match-up between
local first-responders was that of the RADD members who thought it would be an
opportunity for community involvement. There was a little competitive ribbing, some
innocent trash talking, and a lot of laughs and fun.

The MPD team won the round and then faced the junior class winning team.
After a close game, the junior class came out on top by a touchdown.
Along with the game, there was food, a raffle, and music. Muncie police brought
out some of its SWAT gear and conducted a K-9 demonstration for the crowd. There
was also a photo booth provided by Wapahani alumni Kyla Tighe of Kyla Jo
Photography.
There was a good turn out and everyone seemed to have a great evening.
Several people from the public also attended. For a non-football school, this event
scored a touchdown as many of the students look forward to making it even bigger and
better next year. 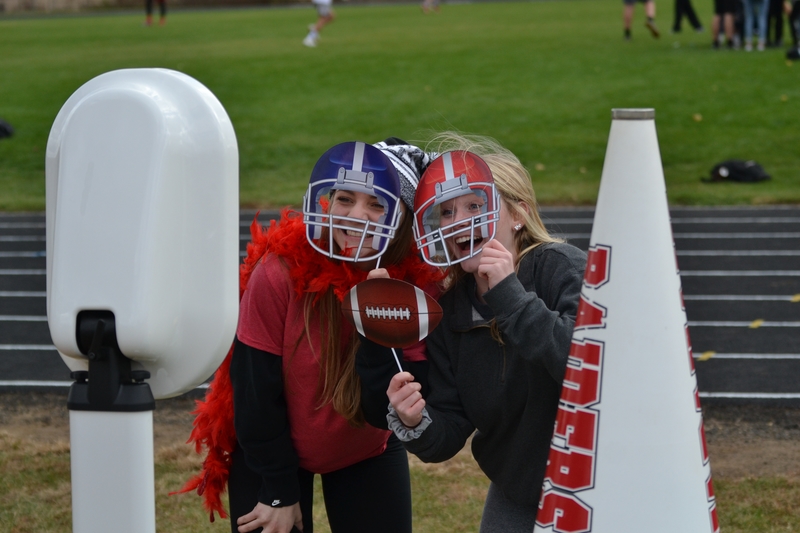 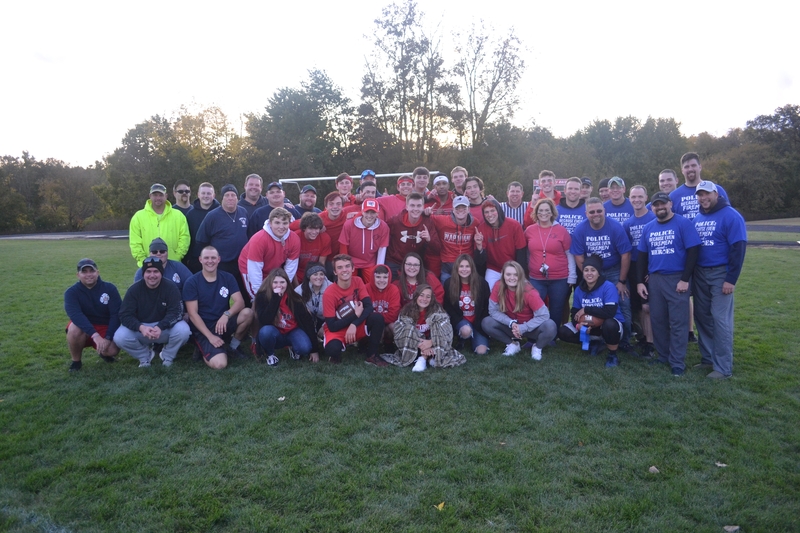