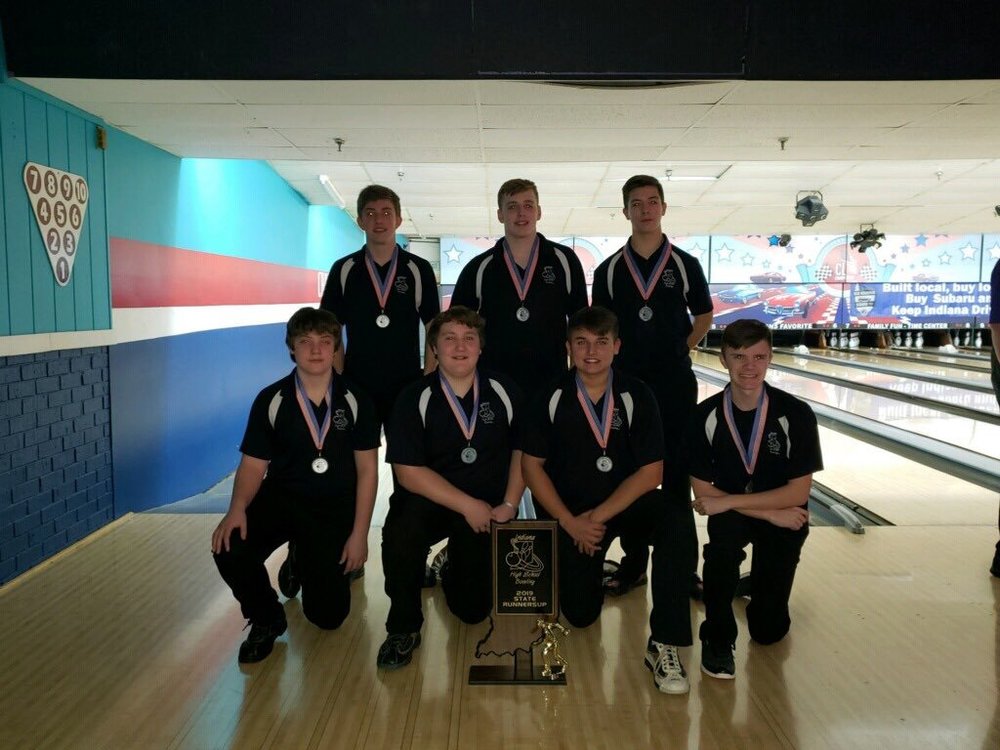 The Lady Raider Bowling Team had struggled this season as they had a lot of new bowlers added the the team this year. With all of the struggles the team managed to have a great season. Senior Harley Hollingsworth had an exceptional season; she placed 2nd at sectionals and continued her season at regionals but unfortunately missed the cut at regionals by only 14 pins. Team members for this years bowling team included: Nikki Wentz, Harley Hollingsworth, Abbi Buck, Briannah Roerick, Katelyn Leonhard, Brooke Wilson, Hannah Willmann, and Jordan Talbert-Klosterman. We look forward to watching this team again next year as they progress.

The boys bowling team had an amazing season this year.  The boys started off by winning the White River Valley Conference Championship with a 12-0 perfect record.  The boys then went on to win sectionals, regionals, and semi state, taking them to their first ever state championship.  This was the first time the Wapahani boys bowling team has ever made an appearance at a state tournament.  They took home the state runner up title, and became the most decorated high school boys bowling team in the state of Indiana in 2019.  The boys were also the only team to win a Sectional, Regional, and Semi-State tournament in 2019.  The team also got their first ever invite to the U.S National High School Championship which includes the best of the best in the country among high school bowling teams.  The team held the rank of number 1 out of 191 high school bowling teams in the state which is very impressive.  Joston Dobbs was also named IHSB All Region Team/Noblesville Region. This is a very high honor as Joston is one of the best five bowlers in the region of over 190 bowler. The team had a very successful season this year and we are very proud of how far they’ve come.  We can’t wait to see what all they will accomplish next year.